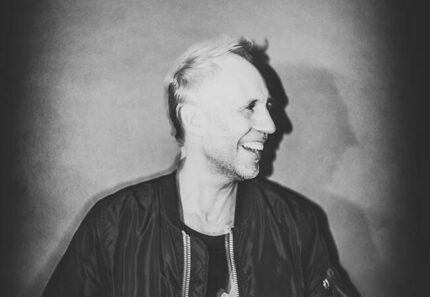 This year, The Northern Wave Festival honors Einar Snorri of Snorri Bros. Einar Snorri is known for his unique visual style and has a keen eye for aesthetics, he has shot photographs, as a part of The Snorri Brothers duo, for magazines such as Spin, Rolling Stone, Dazed & Confused, Interview, working with artists such as Green Day, Wu-Tang Clan, Soundgarden, Björk, Busta Rhymes, The Chemical Brothers, Spice Girls and Gwen Stefani. Einar Snorri has directed both tv commercials and music videos in Iceland and the U.S. in partnership with his partner Eidur Snorri for international brands and bands like R.E.M., Duran Duran and local bands such as GusGus, Kaktus Einars and Högni to name a few.

Einar Snorri will be giving a insight into his carrier on Saturday the 12th of November at the Freezer, where he will show a short a short documentary about his pioneering invention The Snorricam which is already a household name in the film industry as it has been featured in countless music videos and Hollywood films such as Spiderman, Blond, James Bond, Requiem for a dream, Armageddon and Pi.